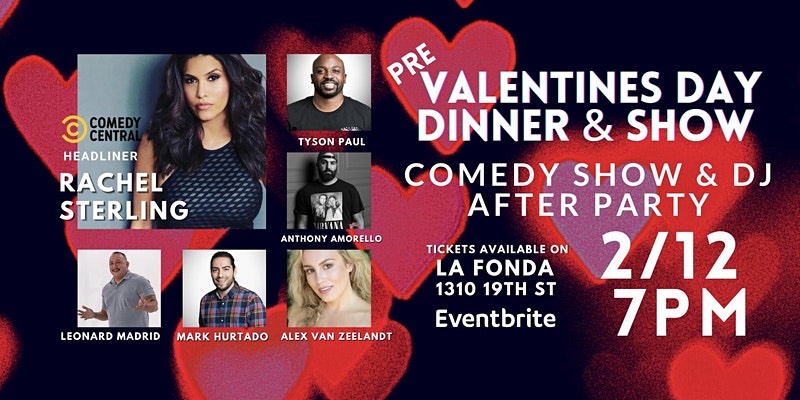 Join us at the LA FONDA for another hilarious comedy show with Headliner, Rachel Sterling.  (Comedy Central, Reno 911). Then dance the night away with your special someone. Add a Fajita Dinner for $10 per person.

Rachel Sterling is an  actress and comedian, based in Los Angeles California. The former Pussycat Doll has graced the pages of Playboy, Maxim, Esquire and  FHM. Rachel is best known internationally for her television/film appearances on Reno 911!, True Blood, Modern Family and Wedding Crashers just to name a few.  Rachel now performs Stand-up comedy throughout the United States most notably at The Laugh Factory, The Comedy Store, The Hollywood Roosevelt and the Improv.  Rachel is currently the host of the podcast Shut Your Face.